The deployment of the streamers during the second day at sea was an interesting and fun experience in the middle of a pitch-dark night. Even though it was not planned during my shift, I was excited to go out to the working area and learn about how the streamers and the birds are deployed and record data. I can say one of the hardest parts of this task was the deployment of the birds, which are used to help steer the streamer! The streamers are put into water with help of machines; however, the birds have to get attached to the streamer manually and then thrown into the water carefully since they could go sideways and hit everything around them. The birds look like little airplanes that are heavy and fragile. We would have to make sure to not hit them and more important, not put our fingers underneath it while the bird was laying on the edge. They might not seem dangerous but putting your fingers underneath them doesn’t seem like something you want to do at all! After a couple of hours helping with the deployment, it was time to go inside to get warm and start my shift at the lab supervising the recorded data on the computers. 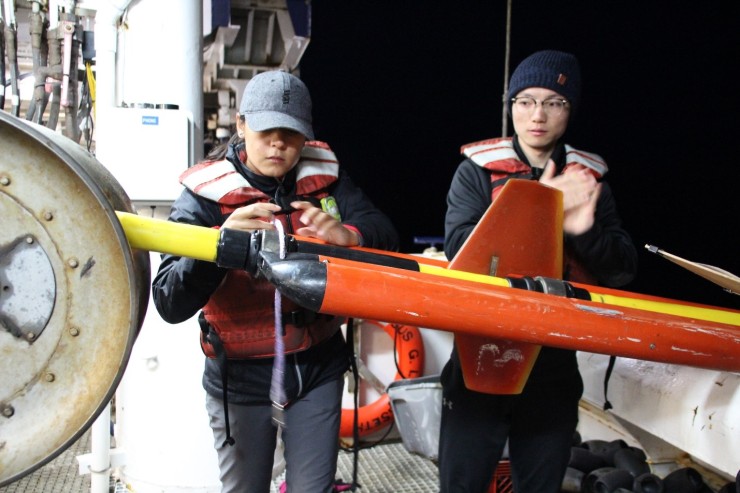 Figure 1. My teammate Hongda and I, during the deployment. We were attaching the bird to the streamer before throwing it in the sea.

e recovery of these two pieces of equipment (streamer and birds) occurred after approximately 10 days (June 17th) in the sea. Several people working around midnight, included my teammate Hongda and I, worked to take the equipment onto the ship and it was amazing and again, fun. I would have thought that the recovery was faster but no! It took almost 3 and a half hours to have all the equipment recovered. Again, dealing with the birds was the hardest part since we had to pull them inside the ship while they were heavy, wet and cold, and us having frozen hands and dealing with sea water and algae hanging from them. 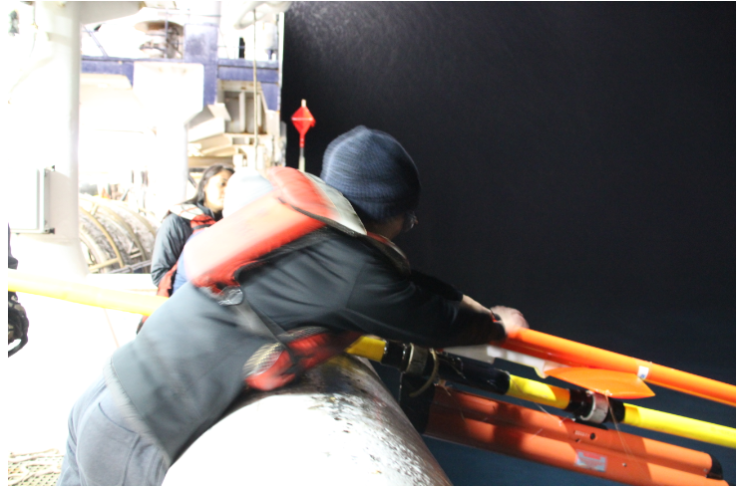 Figure 2. Recovery of the birds and streamer. Hongda trying to take the bird into the ship.

I think this marine seismic voyage is very interesting because it is completely different from anything I have ever worked on before. From the deployment of equipment to the different survey geometry needed for this huge project, they have made me learn more about marine seismic experiments that differ completely from on-land surveys. I was excited about coming to Alaska for this project because my Master’s research is focused on the Lemon Creek glacier near Juneau. Even though Juneau is not very close to the current survey area, it provided an opportunity to get to know the area in general. I also helped in deploying the nodal array in Kodiak with Dr. Lindsay Worthington from the University of New Mexico and two of her graduate students, 2 weeks before our cruise departure. This nodal array will be used for particularly dense imaging connecting receivers on land to those at sea. I would encourage others to apply to similar experiments if they are able because at the end it is all part of the experience.

University of Texas at El Paso