Satellite location device track map, The King Salmon-based service team has been using  to coordinate with pilots in the area. Highlights stations we’ve visited so far.

At the tail end of servicing the Eastern Peninsula broadband stations.  Very happy to report that, similar to the western peninsula stations, land-deployed broadband stations here are all UP, and the data is looking great. 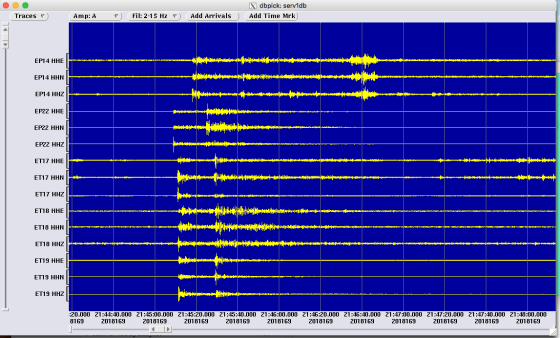 Data example of AACSE broadband stations that recorded a M3.4 Earthquake (top) and info on the event from the USGS catalog.  The data is looking great.  You can see from the P-wave arrival (first visible arrival) that the event is closest to station EP22.

For  service team #1, based out of King Salmon, this week has seen an assortment of fixed wing planes and flying services.  We’ve serviced EP14 (Levelock Village) and EP16 (Igiugig Village), fitting it in between the South Naknek ‘school run’ on a local air taxi.  We’ve also been delivered by float plan to Brooks Camp for stations EP18 and EP19 – where our pilot let us hold tight for a few minutes in his float plane before unloading our gear, in order to let a young brown bear passed us by on the beach. 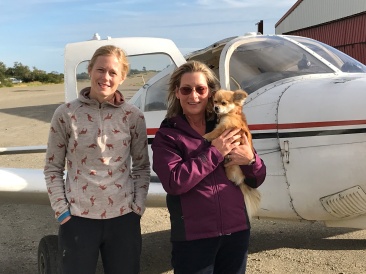 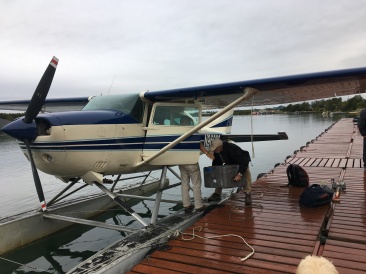 In the left photo, our pilot Heather (and her friend Mini) stands on the right; we’re in front of the Piper Archer airplane, just after servicing Port Heiden (WP24), and before the South Naknek school run.  In the photo on the right, Patrick helps load a Cessna 206, en rout to Brooks Camp.

All it all, a very successfully Summer for seismic data on the Alaska Peninsula!

While I’m at it however, I thought I could take a moment to describe – what exactly is a service run, and why is it needed? Mostly these questions get answered by understanding the primary components of a broadband seismic station.

Components of the land-based broadband stations

Each broadband seismic station we deploy on land could be thought of has having three primary components:

The operation of these primary components is facilitated by ancillary components like the batteries that power the whole system, the GPS antenna that allow the clock in the data logger to sync to accurate GPS clocks, the external package that keeps everything safe and sound, and dry – for us this is a big metal box. 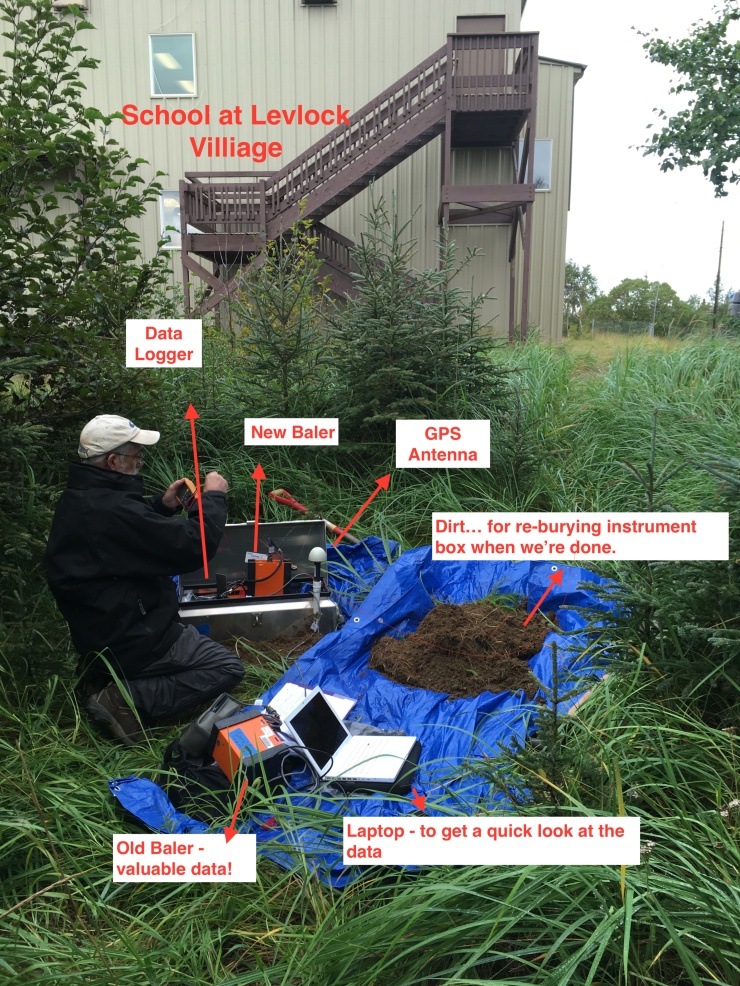 So what needs to be serviced?

One of the many luxuries of working with land-based seismic instrumentation (not available with seafloor sensors like the OBS that were deployed on the R/V Siquliak this summer), we are able to check on the health of the station, see how many stations have been eaten by bears or porcupines (none so far… yippee!), make some improvements as necessary, and importantly, get ourselves some data!

The most difficult part of this process for us is that, for our particular variety of seismic station, we need to physically visit most of these stations to check on the state of health and download the data.  When we do this, we specifically can check on things like:

For each of these checks, there are things we can to do fix problems if they exist.  Thus far, there has happily been very little that’s needed fixing, though we’re still doing our best to use our shovels when possible.

Additionally, visiting the station allows us to bring home some data that can be eventually uploaded to the IRIS DMC, where everyone can access it (coming soon!)

Once getting to the station, if all is well the service check involves plugging a palm-pilot-like device into the data logger that gives us a lot of status info – we can use this to get all of the questions above answered. We can also swat a few flies and improve drainage, take a look at the sensor, and a quick look at the data. The service run also involves swapping out the balers, taking home the old baler with about three months of data saved on it, and replacing it with a new one, ready to store new data for the next ~9 months until the Spring service run.